Below is a description along with a preview of the images in this exhibition. Also, check out Scarville’s earlier work about her Guyanese family in her 2014 Dodge & Burn photographer interview.

The exhibition addresses questions of place, power, and self-formation within nature. At times in the photograph we are privy to the body of the artist Scarville, a sole black woman entering the transformative space of the nocturnal American landscape. In these rural environs of the Northeast, outside her home in New York City, she creates objects and images that inhabit the spatial, temporal, and visual ambiguity of darkness. These figural bodies, not quite human, nor animal, nor inanimate articles, unfold as abstract accounts of a nocturnal shape-shifter who becomes part of the landscape around her.

Inspired by Guyanese author Wilson Harris’s first novel, Palace of the Peacock, Scarville mines literature and philosophy on the “possessed, living landscapes.” She enters the environment with her camera, and, not without hesitation, allows her own relationship to the landscape to unfurl. She is an observer, who captures subtle variations in the night as previously concealed elements appear. 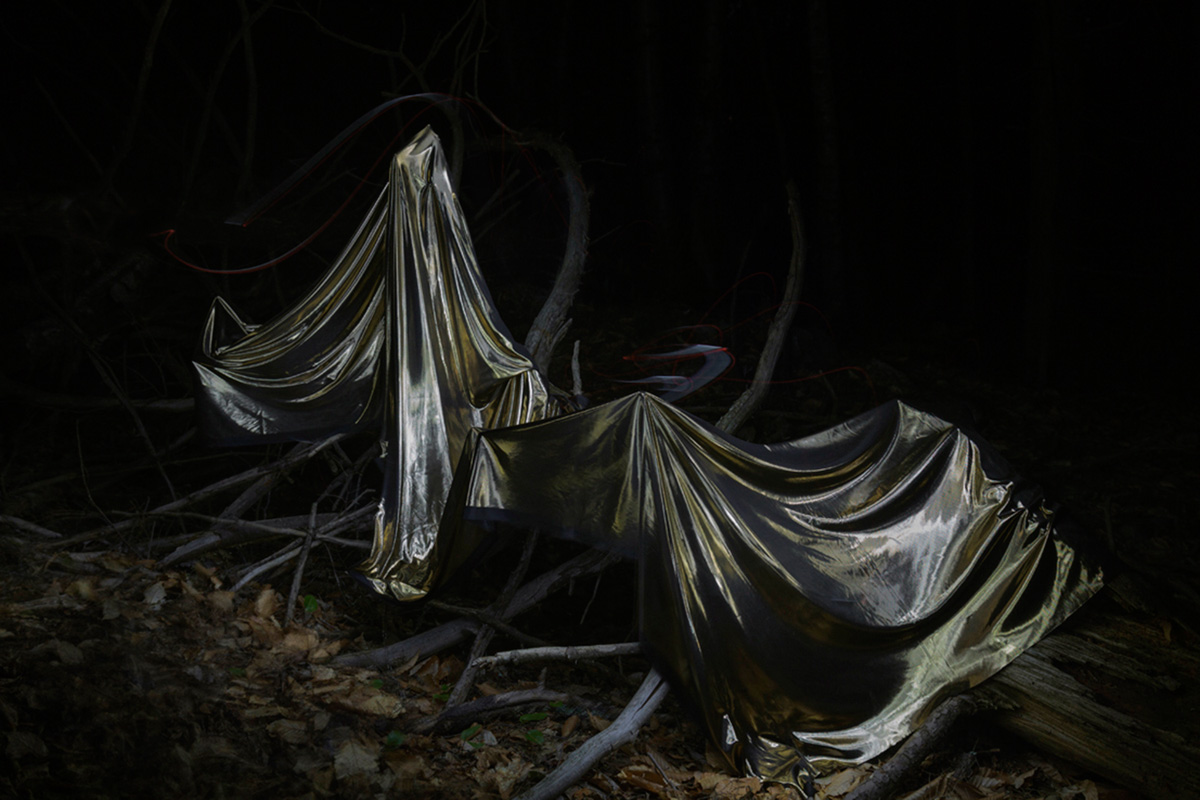 Through documenting this process of emergence, Scarville establishes a framework through which the geographic complexities of a region — indigenous flora and fauna or artistic interlocutor — could witness its epistemology, history, and narrative and furthermore by knowing transform the darkness of place from an arena for fear into a place of power and belonging.

The darkness enfolds allowing the separation between body and terrain to disappear managing to decenter the human as a defenseless prey. Rather than traffic in black and white or a duotone, Scarville highlights reds and golds as well as a blue mystical fogginess of night. Thereby allowing for an alchemic relationship between artist, myth, and history to ignite in this new space, where darkness is no longer inert, but becomes active perception. 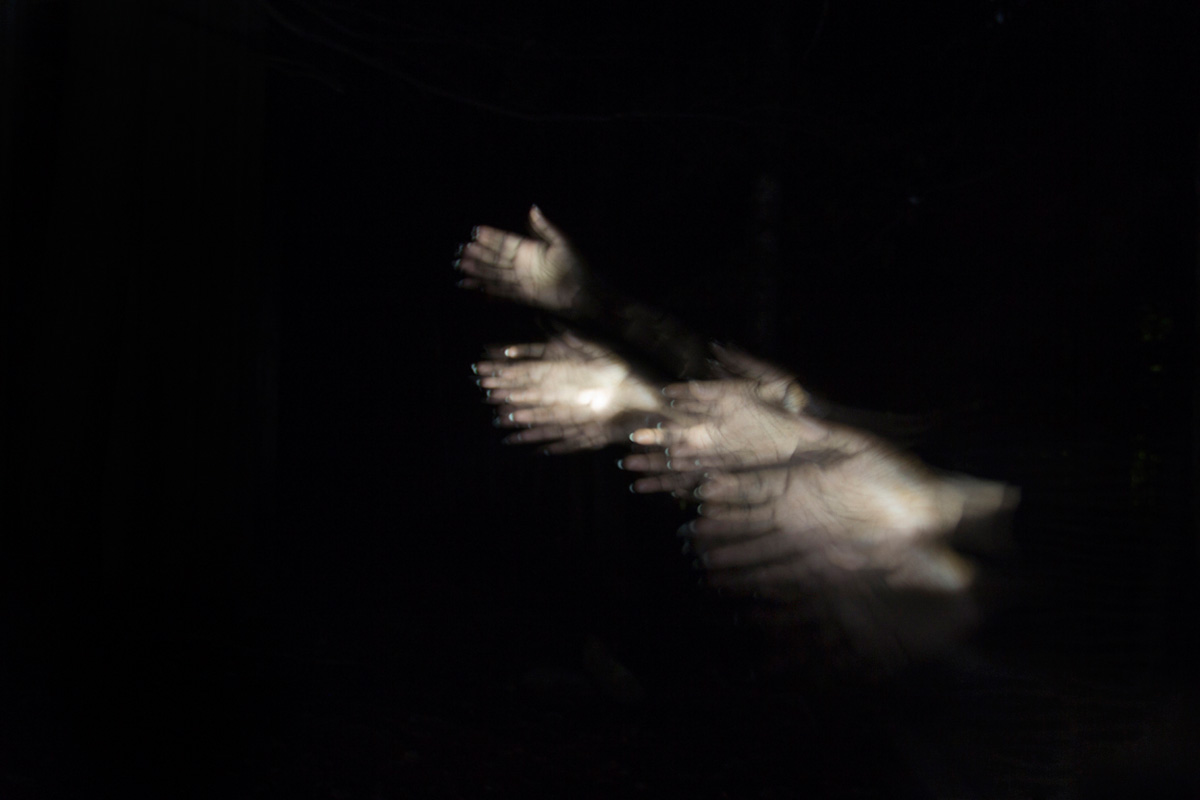 Are you a photographer looking for feedback on your work? Come and join our  critique group hosted very month on Zoom. UPDATED: October 13, … END_OF_DOCUMENT_TOKEN_TO_BE_REPLACED

Black in America ExhibitionFeb. 16 through June 29, 2008Eli Reed, a member of the prestigious Magnum Photos, is one of the world's most celebrated … END_OF_DOCUMENT_TOKEN_TO_BE_REPLACED

© Jaime Permuth, Untitled, Yonkeros series.Photographer Jaime Permuth has a wonderful B&W project called Yonkeros that will be featured as an En … END_OF_DOCUMENT_TOKEN_TO_BE_REPLACED

WILMINGTON, DE. - The Delaware Art Museum presents Frida Kahlo: Through the Lens of Nickolas Muray, an exhibition of nearly 50 photographs of Frida … END_OF_DOCUMENT_TOKEN_TO_BE_REPLACED

My Interview on The Candid Frame Podcast

For those of you who don't know what a podcast is, here's a quick definition from Wikipedia: "A podcast is a type of digital media consisting of an … END_OF_DOCUMENT_TOKEN_TO_BE_REPLACED

Due to recent comments that got out of control, I am posting these rules. Please read and adhere to them when commenting and if you don't like the … END_OF_DOCUMENT_TOKEN_TO_BE_REPLACED

In his latest solo show, The Promise of Light, artist Rico Gatson pays visual tribute to a decades-long history of Black migration from the south to … END_OF_DOCUMENT_TOKEN_TO_BE_REPLACED

Show features 'Photographs and the Revolutionary Art of Emory Douglass'Excerpt from The California Aggie article by Sonia Parecadan:"Often painted as … END_OF_DOCUMENT_TOKEN_TO_BE_REPLACED

Las Verdaderas Caras de Colombia Artist Statement: During these past few decades the image of Colombia as a lawless society dominated by drug lords … END_OF_DOCUMENT_TOKEN_TO_BE_REPLACED

Excerpt from book review by Kam Williams: Jerry Taliaferro, the author, says in the preface of his new book, "Women of a New Tribe: A Photographic … END_OF_DOCUMENT_TOKEN_TO_BE_REPLACED