Editor’s Note: The opinions expressed in this post are not necessarily those of the editor.

Text and Photos by Jaime Permuth

On Thursday, April 15th I hopped a 6AM flight from New York to Guatemala City. A few months previous, my most recent series of photographs, The Completely Visible World, had been selected by the Paiz Foundation for inclusion in the 17th edition of its biennial showcase of contemporary art. Thirty Guatemalan artists and a few -very distinguished- international artists, such as Francis Alys, Regina Silveira, Tatzu Nishi and Carlos Garaicoa were invited to participate.

The Paiz Biennial has evolved dramatically in the last four years. Historically, it was more of a salon-style competition were artists would drop-off two works each at the Foundation. A committee would then preselect works for a jury to award prizes to.  All of the selected and winning works would be displayed together in a sprawling exhibition. 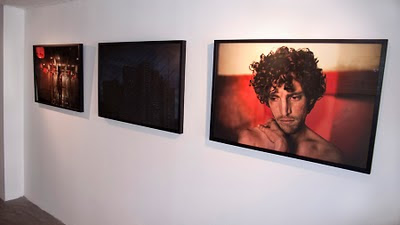 Starting in 2008, the Biennial was re-structured to conform more closely to other international art festivals. This year it was headed by Colombian curator José Roca with the close collaboration of three additional curators who are based in Guatemala: Miguel Flores, Emiliano Valdés and María Victoria Véliz. Each selected artist was assigned a curator to collaborate with and one of five institutional venues in which to exhibit a selection of works.

I grew up in Guatemala City during the 1970’s when the country was in the midst of a devastating civil war. After completing high school, I left the country on a scholarship to study at Hebrew University in Jerusalem. I graduated with a dual-major BA in Psychology and English Literature. Jerusalem is also the city where I had my first exhibitions of photographic works. Then in 1991, I moved to New York to attend the School of Visual Arts’ Master of Fine Arts in Photography and Related Media Program. I have been based in NYC ever since, and last year I returned to my old Alma Matter for a second Masters this time in Digital Photography. 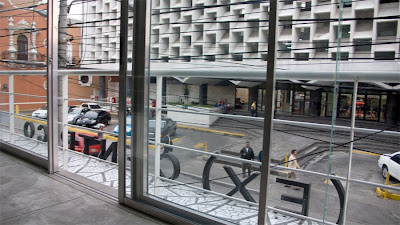 The works that I presented in Guatemala are part of my Graduate Thesis, The Completely Visible World (2009). This series is a variation of the Adam and Eve story, a future dystopia set in a city not unlike New York. As such, it fit in very well with the overarching theme of the Biennial: Ver para creer (“Seeing is believing”), which is an examination of the nature of faith in the 21st Century.

For my part of the exhibition, I worked with curator Miguel Flores and presented eight digital photographs at (Ex)Centrico, a hip non-profit space in downtown Guatemala City which is affiliated with and funded by the Centro Cultural de España. I shared the exhibition floor with conceptual artist Sandra Monterroso, painter Alfredo Ceibal, art collective La Torana, and fellow photographer Andrea Aragón. 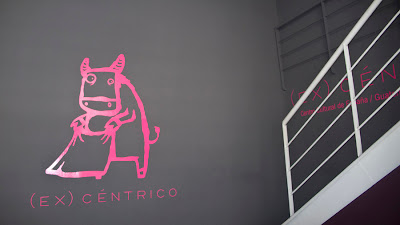 Overall, the Biennial’s new vision and scale require better infrastructure and a serious influx of funding. No easy feat in a country like Guatemala.

Having said that, exhibited works were impressive and well attuned to contemporary trends. They represent a significant step forward for artistic production in Guatemala. The Bienal de Arte Paiz has an important role to play in fostering and encouraging this growth.

SUBSCRIBE via Email
Get updates on new photographer interviews plus news on contests, art shows and informed commentary on what’s happening with diversity in photography. Subscribe to Dodge & Burn Photography Blog: Diversity in Photography by Email Follow me on Twitter @mestrich for more on photography

Are you a photographer looking for feedback on your work? Come and join our  critique group hosted very month on Zoom. UPDATED: October 13, … END_OF_DOCUMENT_TOKEN_TO_BE_REPLACED

A new photography exhibit at the California African American Museum. Read a review of the exhibit and see some of the photos on display in this L.A. … END_OF_DOCUMENT_TOKEN_TO_BE_REPLACED

From the Chattanoogan.com:Duane King, author of The Cherokee Trail of Tears, will speak at the Hunter Museum on Wednesday at 5:30 p.m.The Cherokee … END_OF_DOCUMENT_TOKEN_TO_BE_REPLACED

This project consists of a series of 16 color portraits of people of mixed ethnic origin in front of primary color backgrounds. The images challenge … END_OF_DOCUMENT_TOKEN_TO_BE_REPLACED

Produced by the National Film Board of Canada, 1967These films reveal the live reality of traditional Eskimo life before the European … END_OF_DOCUMENT_TOKEN_TO_BE_REPLACED

by Regan McMahon, Chronicle Deputy Book EditorMine Eyes Have SeenBearing Witness to the Struggle for Civil RightsPhotographs by Bob Adelman; essays by … END_OF_DOCUMENT_TOKEN_TO_BE_REPLACED

Galembo has worked for over twenty years photographing the rituals and religious culture in Nigeria, Brazil, Cuba, Jamaica and Haiti, as well as the … END_OF_DOCUMENT_TOKEN_TO_BE_REPLACED

Deadline: January 26, 2008 Ultimate Eye Foundation will present two grants for $5,000 each: one for digital photography using both a camera and a … END_OF_DOCUMENT_TOKEN_TO_BE_REPLACED

Although Latin America has a rich and complex photography history, there are few photography festivals held in the region. So it is with much … END_OF_DOCUMENT_TOKEN_TO_BE_REPLACED

Another one of those posts that has nothing to do with photography per se, but it is a story that counters the negative and perverse nature of hip-hop … END_OF_DOCUMENT_TOKEN_TO_BE_REPLACED