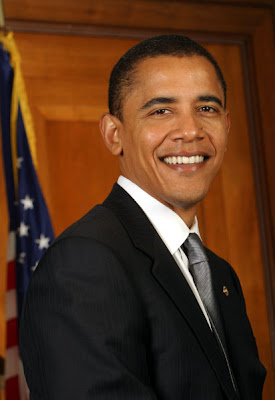 In my opinion, Senator Barack Obama is the voice of TRUTH in this presidential election campaign.

Yes, OK, he should be talking about the state of the American economy (sigh…), but I respect and appreciate the fact that Obama thought it necessary to take time to address the state of race and racism in America.

Not only did he need to do it to clear the air (and his name) in the fog of negative press surrounding his affiliation with the Reverend Wright, but in making this speech, he brings the issue to the table once again.

American racism did not end with the Civil Rights movement. It will always be a painful part of our society – felt in the subtle statements, stinging glances and judgments within the minds of people interacting with each other every day.

Dialogue is the key to eradicating the ignorance that fuels the fire of racism. Obama’s speech opened a path for this conversation to continue in the midst of this historic presidential campaign…

“I am the son of a black man from Kenya and a white woman from Kansas. I was raised with the help of a white grandfather who survived a Depression to serve in Patton’s Army during World War II and a white grandmother who worked on a bomber assembly line at Fort Leavenworth while he was overseas. I’ve gone to some of the best schools in America and lived in one of the world’s poorest nations. I am married to a black American who carries within her the blood of slaves and slaveowners – an inheritance we pass on to our two precious daughters. I have brothers, sisters, nieces, nephews, uncles and cousins, of every race and every hue, scattered across three continents, and for as long as I live, I will never forget that in no other country on Earth is my story even possible.

It’s a story that hasn’t made me the most conventional candidate. But it is a story that has seared into my genetic makeup the idea that this nation is more than the sum of its parts – that out of many, we are truly one.”

Read & see the entire speech online at The Huffington Post.

Are you a NYC-based photographer looking for feedback on your work? Come and join this unique critique group! Every month we view and critique the … END_OF_DOCUMENT_TOKEN_TO_BE_REPLACED

Gallery Owner Arnika DawkinsD&B: What inspired you to open a fine art photography gallery? AD: After obtaining my Master of Arts at the Savannah … END_OF_DOCUMENT_TOKEN_TO_BE_REPLACED

How bad a** is this? A Mom and Son photography legacy! This is the stuff African American families are made of, but you would never see it on TV. Dr. … END_OF_DOCUMENT_TOKEN_TO_BE_REPLACED

Emerging photographers and photo-based artists based in New York City or the tri-state area should not miss this event. A 2-hour seminar led by one of … END_OF_DOCUMENT_TOKEN_TO_BE_REPLACED

A Drum Beats in Brooklyn: A Photography Exhibition Celebrating the Drum-Based and African Influenced Traditions of Brooklyn Curators: She … END_OF_DOCUMENT_TOKEN_TO_BE_REPLACED

by Bill Graham Excerpt:"A boy in fine knickers and women in ankle-length dresses tell of a time long gone.But the compelling eyes and the faces are … END_OF_DOCUMENT_TOKEN_TO_BE_REPLACED

We've all heard about iconic Black photographers like Gordon Parks and James VanDerZee, but today I found out about the "founder of African-American … END_OF_DOCUMENT_TOKEN_TO_BE_REPLACED

By Jessica DawsonSpecial to The Washington Post"Muslim Women in Germany," a new photography exhibition soon to reopen at the Goethe-Institut, proves … END_OF_DOCUMENT_TOKEN_TO_BE_REPLACED

Panel Discussion and Screening of Film on Colorism Among Latinos

The Path of Conflict Through Afghanistan and Iraq Award-winning images of the conflict-filled path that has come to define U.S. national policy … END_OF_DOCUMENT_TOKEN_TO_BE_REPLACED

Some heads might roll at Vogue :) Excerpt from WWD.com's coverage:"...a spokesman for Vogue said: "The Shape Issue celebrates athleticism from start … END_OF_DOCUMENT_TOKEN_TO_BE_REPLACED