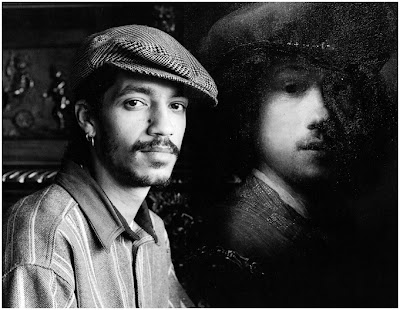 Abelardo Morell returns to the Art Gallery at the University of New England for a second visit in his illustrious photographic career. This retrospective of the Cuban-born photographer will include works from his early oeuvre, as well as works from his book project, camera obscura, time and motion, and children’s toys.

Born in Havana in 1948, Abelardo Morell has been making photographs since 1969, seven years after coming to the United States. Following his graduation from Bowdoin College in 1977, he received an MFA degree from Yale in 1981. He returned to Bowdoin to serve on the faculty during which time he had his first one-man exhibition at Westbrook College.

At first following the paths of photographers whose work he admired, he soon found both his content and his style, shooting familiar objects in ways that we have never seen them, creating images uniquely his: an inverted city skyline on an inside wall, surrealistically overlapping the room’s furnishings; the sculpted shape or pages of a book so close up as to be abstract; the towering everyday world from the perspective of his crawling son.

When needed he has invented the very means for expression his vision, such as turning a room into a giant camera obscura by taping black tarps over windows allowing just a pinhole of light to penetrate. Widely exhibited, published, and collected, Morell is currently a professor of photography at the Massachusetts College of Art.

Are you a photographer looking for feedback on your work? Come and join our  critique group hosted very month on Zoom. UPDATED: October 13, … END_OF_DOCUMENT_TOKEN_TO_BE_REPLACED

Kamoinge (means "a group of people working together" in Kikuya, an East African language) was formed in New York in 1963 to address the … END_OF_DOCUMENT_TOKEN_TO_BE_REPLACED

"Blend Images is the world's leading multiethnic commercial stock agency."Nuff said. Go visit now. I especially urge those of you in the print world … END_OF_DOCUMENT_TOKEN_TO_BE_REPLACED

Excerpt from the Korea Times article by Cathy Rose A. Garcia:"Photographer Atta Kim believes that ``all that exists will eventually disappear.'' A … END_OF_DOCUMENT_TOKEN_TO_BE_REPLACED

Highlihgts some really poignant photojournalism by both emerging and established photographers. The series by freelance photographer Stephanie … END_OF_DOCUMENT_TOKEN_TO_BE_REPLACED

WILMINGTON, DE. - The Delaware Art Museum presents Frida Kahlo: Through the Lens of Nickolas Muray, an exhibition of nearly 50 photographs of Frida … END_OF_DOCUMENT_TOKEN_TO_BE_REPLACED

Dodge & Burn will be taking a short break for the rest of this 2014 summer season. Besides enjoying life with my family, during the break I will … END_OF_DOCUMENT_TOKEN_TO_BE_REPLACED

Artist statement from the WMU Photography blog:"This project began with my daughter. My seven-year-old daughter loves pink. She wants to wear only … END_OF_DOCUMENT_TOKEN_TO_BE_REPLACED

From the Vanderbilt University News service, "Gil Bailey, a commercial photographer for more than 30 years, has captured thousands of people through … END_OF_DOCUMENT_TOKEN_TO_BE_REPLACED