Since coming across the announcement last year of her survey Show and Tell at the Vincent Price Art Museum, Laura Aguilar has been on my mind. Who was this queer, Chicana photographer making such powerful work and why had I not heard of her until now?

Following Aguilar’s death this past April a slew of posthumous articles about her life and work came across my news feeds with a fervor. It seemed as if the art world at large was acknowledging her contributions but in my opinion the photography world still has yet to claim her as one of their own.

Initially trained by her brother, Aguilar came to use photography as a mode of communication after years of struggling with late diagnosed auditory dyslexia. From 1986 to 2007, Aguilar created B&W and color photographs that spoke to her intersectional identities as a Chicana, lesbian, feminist but it is her nude self portraits that comprise much of her work.

There are a few classic examples of the nude self portrait within the history of photography. Images that immediately come to mind are Diane Arbus’ Self Portrait, Pregnant, NYC (1945), Robert Mapplethorpe’s Self Portrait (1980), Adrian Piper’s Food for the Spirit (1971) also much of Francesca Woodman’s work. Some contemporary examples of the nude self portrait are made by women photographers of color like Zanele Muholi, LaToya Ruby Frazier, Carla Williams and Nona Faustine.

Aguilar’s nude self portraits incorporate her beautifully large, brown body into the southwest North American landscape. The impetus behind these works is often described as Aguilar’s way of coming to terms with her own body while also negotiating a space for the unseen, namely large women of color. Aguilar’s photographs do give visibility to an unconventional body, but I also see her nude self portrait work as a direct reference to her Mexican ancestry.

When I see Aguilar’s body echoing this arid, rocky landscape, I can’t help but consider the fact that much of this North American land originally belonged to Mexico. If you don’t know this history, read up on the Mexican-American War (1846-48) and its resulting Treaty of Guadalupe Hidalgo with which the U.S. (forcefully) acquired all the territory now included in the states of New Mexico, Utah, Nevada, Arizona, California, Texas and western Colorado.

Aguilar’s work deserves to be ubiquitous and synonymous with the genre of nude self portraiture like many of her contemporaries. Although she is physically no longer with us, Aguilar’s photographic legacy is undeniable. It is my hope that her genius is recognized with more solo shows within photographic and contemporary art spaces as well as within the institutional collections she should have a permanent place in. 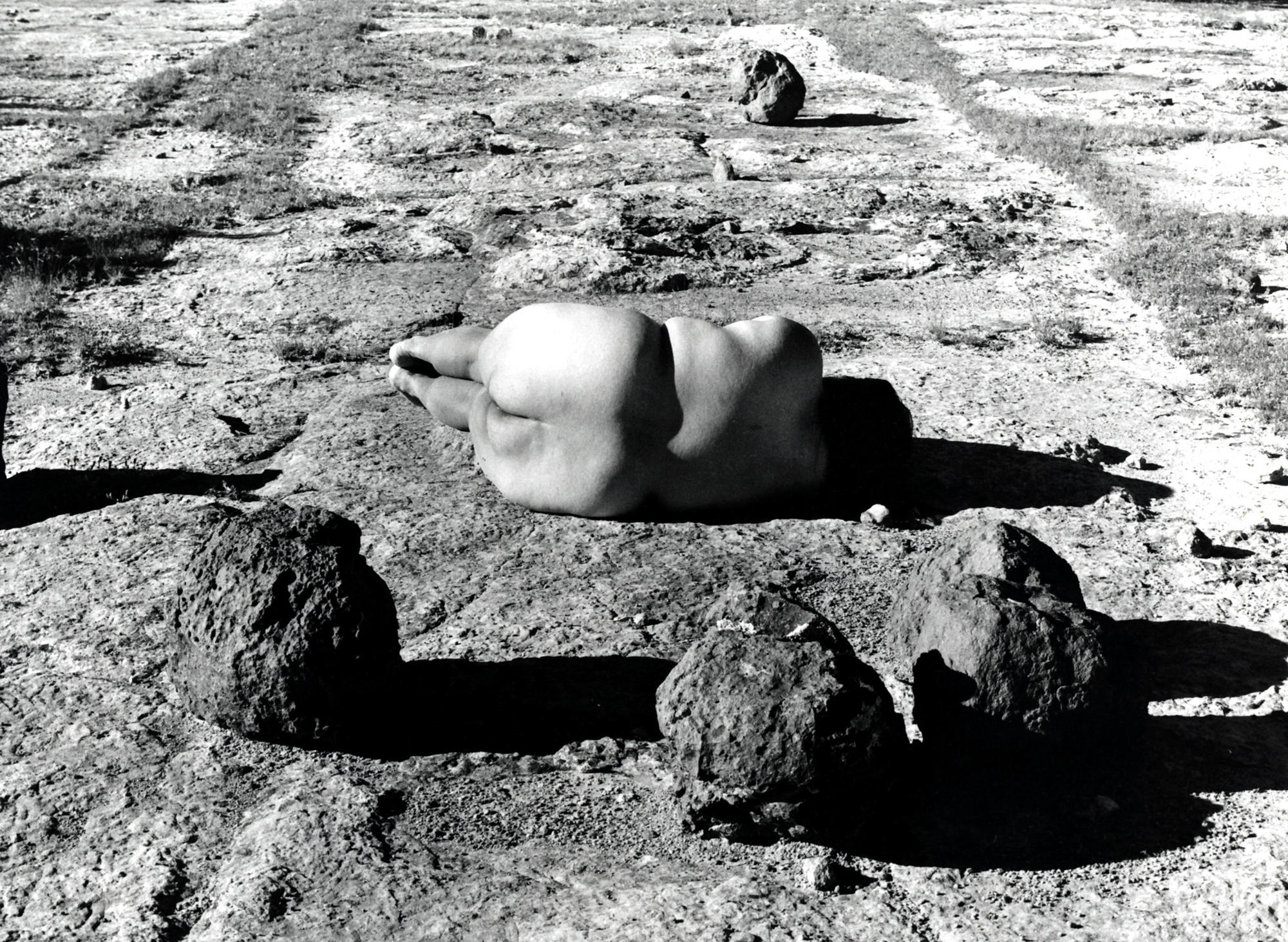 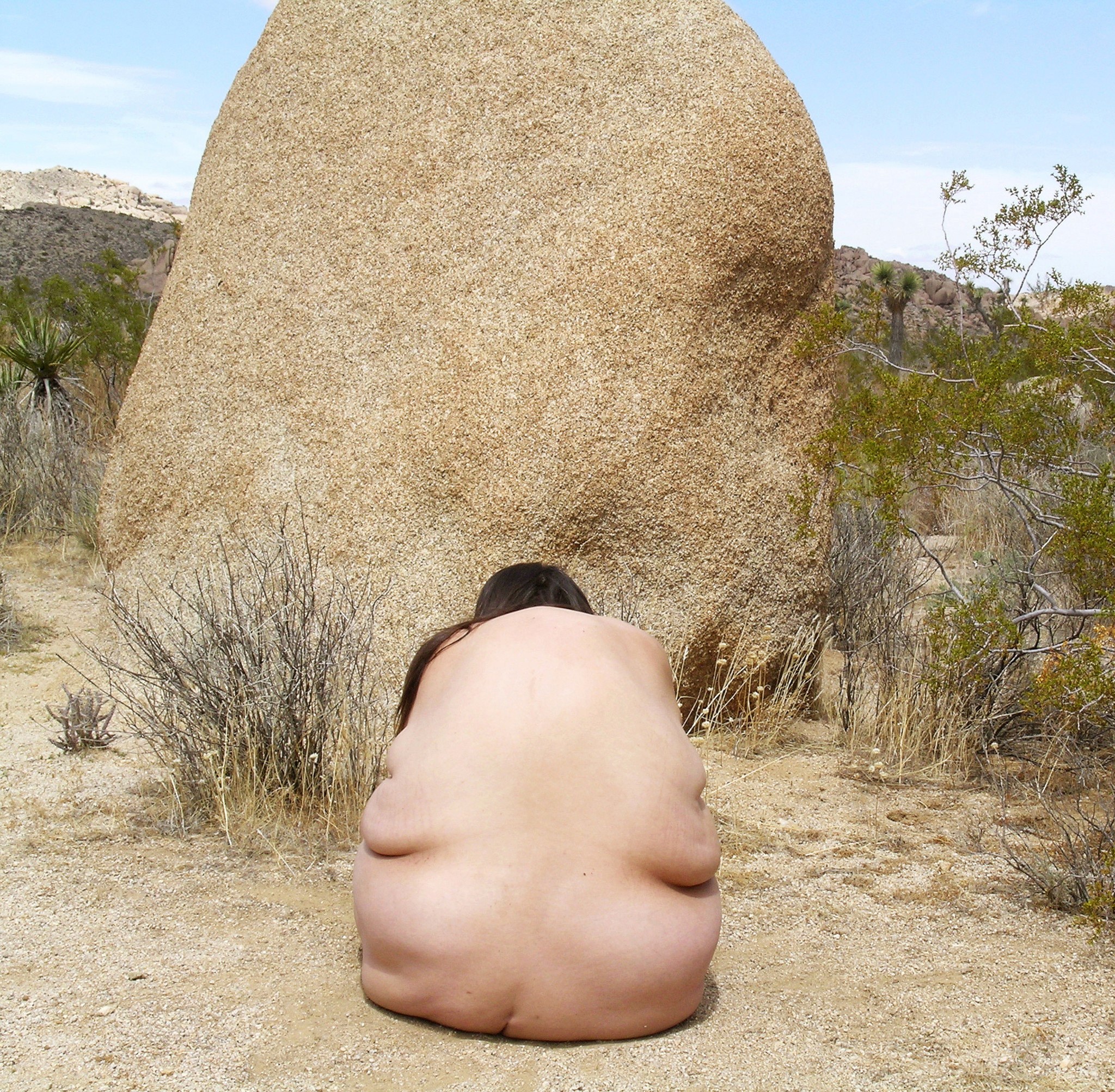 Are you a photographer looking for feedback on your work? Come and join our  critique group hosted very month on Zoom. UPDATED: October 13, … END_OF_DOCUMENT_TOKEN_TO_BE_REPLACED

© Jaime Permuth, Untitled, Yonkeros series.Photographer Jaime Permuth has a wonderful B&W project called Yonkeros that will be featured as an En … END_OF_DOCUMENT_TOKEN_TO_BE_REPLACED

Cover for Only Skin Deep, edited by Coco Fusco and Brian WallisThis is my first Summer off since graduating college 13 years ago! It's been nice … END_OF_DOCUMENT_TOKEN_TO_BE_REPLACED

How bad a** is this? A Mom and Son photography legacy! This is the stuff African American families are made of, but you would never see it on TV. Dr. … END_OF_DOCUMENT_TOKEN_TO_BE_REPLACED

Gallery Owner Arnika DawkinsD&B: What inspired you to open a fine art photography gallery? AD: After obtaining my Master of Arts at the Savannah … END_OF_DOCUMENT_TOKEN_TO_BE_REPLACED

Due to recent comments that got out of control, I am posting these rules. Please read and adhere to them when commenting and if you don't like the … END_OF_DOCUMENT_TOKEN_TO_BE_REPLACED

Prentice Herman "P.H." Polk (1898-1985) is not a name you'd hear in a typical Photo History class or lecture but I consider him to be a photography … END_OF_DOCUMENT_TOKEN_TO_BE_REPLACED

Produced by the National Film Board of Canada, 1967These films reveal the live reality of traditional Eskimo life before the European … END_OF_DOCUMENT_TOKEN_TO_BE_REPLACED