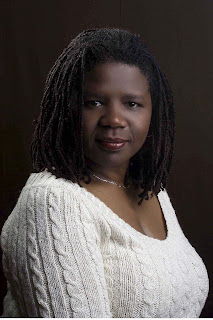 A career magazine art director and graphic designer and short story writer, Mary Brown is a true artist who can communicate visually as well as through the written word. Soon she will make the leap to be a full time, pro photographer. Mary and I met on Twitter and you can follow her @embrownny.

How did you get started in photography – any “formal” training?
I guess you could say I began with my first camera. When I was 9-years-old, I got a Kodak Instamatic for Christmas—it used the flashcubes. I started dreaming of being a photographer back then.

I did get a little formal training when I was in FIT, in New York, working on my degree in Advertising Design. It was only one semester, but it was quite exciting—developing b/w film in the darkroom and making prints. That was also when I purchased my first SLR camera (1979). It was a Minolta XG-1. I still have it though I haven’t used it in years.

What cameras or techniques do you use?
Right now I’m using a Canon EOS Rebel XT. It was the first digital camera I bought about three years ago. Though it’s a lightweight, I get amazing quality from it. I am looking to upgrade in the coming months.

For many years I used available light. At the time it more I couldn’t afford lighting equipment. I really forced me to learn the camera settings to get the shots I wanted because I had to make do with what I had. The more you shot, the more you master the equipment you have. Now, I’m doing a lot with studio lighting—especially using grids and my 5ft octabank. I like the dramatic effects that can be accomplished with grids. I hope to do a series so I can do more experimentation with grids. I also like the effect gotten when the octabank is used outdoors.

Who are your mentors (in photography)?
Though I admire the work of many photographers, my mentor is my friend Lonnie Major. He is the person I credit with “pushing” me out there to begin shooting professionally. He is always encouraging and extremely helpful. When I have a technical question about lighting or which new equipment I should invest in (or not), he is the person I call.

When did you realize you could make a living at photography? Describe your journey towards becoming a pro.
I always loved photography as a hobby, but had never thought of doing it professionally. But that changed in 2006.

I have a friend, who at the time was the press director for Cory Booker when he was running for mayor of Newark. One Sunday, Gayle King had come to campaign with Cory and do house to house canvassing. They wanted to have photos. Sometimes there were would be a volunteer with a point and shot who would take photos. But this Sunday he had a prior commitment. At the last minute it dawned on my friend that she knew a photographer, so she called me and asked how quickly I could get to that part of town. I spent that Sunday afternoon following Cory and Gayle as they went from house to house speaking with residents, listening to their concerns and asking for their support on election day. At the end of the evening, Gayle asked me send her some of the photos, so I did. She liked the ones I sent her, and said she would like to see them all. The only way I knew to do that at the time was using my Kodak Gallery site. So I uploaded the images and sent her the link.

When election day came along, my friend, as the press director, added me to Cory’s press team for the day. On election day, I followed Cory Booker as he went all over the city of Newark. He visiting different polling places, handing out water and snacks to the poll workers and greeting voters. Gayle King was also at the victory celebration that night and remembered my from that Sunday afternoon of neighborhood canvassing. A few days later, she contacted me about the photos from election day. She wanted to create a scrapbook of the election for Cory as a gift, so she wanted to buy copies of all the images I took. Well, I was truly a novice and a bit naive. I sent her assistant the link to my Kodak Gallery site and she purchased every single image for about .19¢ each—to Kodak, not to me. I’m talking well over 200 images. That was one of those “Aha!” moments for me. But the biggest push came from my friend and mentor Lonnie when he saw the photos I’d shot. It was the first time he had seen any of my work and he said I truly and a good eye for photojournalism. He said the images I shot were good enough for AP. So that is when I began to think that maybe I could make money as a photographer. With a list of the “few” things I needed to get started, began to purchase equipment. I was able to buy a lot of the more expensive things like strobe lights used.

Now, the next step for me will be going full-time as a photographer. Now I still have a day job as a magazine art director and graphic designer. I am planning in the next year to take the leap.

What do you hope to achieve with your photography?
Foremost I view my photography as art. I study painting and drawing from high school through college. I try to take what I learned as an “artist” and use it in photography.

When I shoot, I always imagine that I am telling a story. No matter whatever the subject or event, I want to tell a story. When I do portrait sessions, I prefer to photograph people in their own environment, or somewhere that reflects their personality. People often say they are not photogenic or they never like photos of themselves, so my goal is to make them comfortable so their personality can show. Directing photo shoots as an editorial art director for almost twelve years has helped me in that area.

Like with any art, I want my viewers to be moved or feel some type of emotion. After viewing some recent photos of couples that I had shot, a friend of mine told me I was the “Love Photo Queen.” From the images, she could feel the love. I thought that was great.

What’s your dream photography project?
I ultimate goal is to get into wedding photography. I know some photographers hate it, but I love it. In the past, as a guest, I’ve taken photos at friends’ weddings and put together an album for them as a gift. In almost all cases they’ve said they liked the photos I took more than what was shot by the photographer they paid. But along with wedding photography, I’m really looking forward to shooting “boudoir” photos that brides give as gifts to their new husbands.

What are you shooting now?
Over the Christmas/New Year holiday I’m planning to do a series of portraits of members of my family. I will pack up my car with my equipment and head south to Florida and Alabama to visit my relatives. I got the idea from Zack Arias. He is a photographer in Atlanta and has a blog that I read frequently. His step-father died a few months ago and he mentioned how glad he was that he had taken a portrait of him a few months earlier. He went on to say how as photographers we are often so busy photographing other people that we forget to photograph those that are close to us.

Are you a photographer looking for feedback on your work? Come and join our  critique group hosted very month on Zoom. UPDATED: October 13, … END_OF_DOCUMENT_TOKEN_TO_BE_REPLACED

In this TED Talks video with Ryan Lobo, the freelance photographer talks about his coverage of a Liberian war criminal's plea for forgiveness, UN … END_OF_DOCUMENT_TOKEN_TO_BE_REPLACED

Las Verdaderas Caras de Colombia Artist Statement: During these past few decades the image of Colombia as a lawless society dominated by drug lords … END_OF_DOCUMENT_TOKEN_TO_BE_REPLACED

In his latest solo show, The Promise of Light, artist Rico Gatson pays visual tribute to a decades-long history of Black migration from the south to … END_OF_DOCUMENT_TOKEN_TO_BE_REPLACED

Artist statement from the WMU Photography blog:"This project began with my daughter. My seven-year-old daughter loves pink. She wants to wear only … END_OF_DOCUMENT_TOKEN_TO_BE_REPLACED

Excerpt:"An estimated 3 million to 5 million Africans were brought to Brazil between the beginning of Portuguese colonization in the 1500s and 1888, … END_OF_DOCUMENT_TOKEN_TO_BE_REPLACED

Excerpt from article by Reed Johnson, Los Angeles Times Staff Writer:"TO all the people who think that the illegal immigration debate is about … END_OF_DOCUMENT_TOKEN_TO_BE_REPLACED

"Have you heard? There's a black man on the cover of the April 2008 Vogue. (Richard Gere and George Clooney are the only other men ever to be on the … END_OF_DOCUMENT_TOKEN_TO_BE_REPLACED

We've all heard about iconic Black photographers like Gordon Parks and James VanDerZee, but today I found out about the "founder of African-American … END_OF_DOCUMENT_TOKEN_TO_BE_REPLACED

Charts the history of Japanese photography from 1945 to the present day, bringing together a vast collection of images from a number of established … END_OF_DOCUMENT_TOKEN_TO_BE_REPLACED